Some of the biggest issues in your shower could be the ones that you can’t see. There is a lot going on behind the scenes in your shower, including all your pipework. When an issue occurs there, it can cause a lot of damage before you become aware of the problem. Here are five problems that occur behind the scenes and warning signs that may help you spot the problem sooner.

Are These Issues Happening Behind the Scenes of Your Shower?

If a leak is flowing onto your floor, it’s pretty easy to spot by the puddle left behind. But if a hairline crack is allowing moisture into the area behind your shower, it’s going to be a lot more difficult to detect. Hairline cracks can happen in the tub itself (especially if a lighter, less expensive material is used). They can also happen along the seal where the tub meets the wall. Old tile may be to blame for the leak as well. Hairline cracks can happen where old grout wears away and lets water slip in. In some cases, these hairline cracks are best treated by replacing the shower instead of trying to repair it.

Drain Sizes Not Up to Code

There are very specific building codes attached to the size of drain required in your bathtub or shower. These codes have changed over time, too. If you are living in an older house that’s never had a bathroom renovation, there is a good chance your drain sizes aren’t up to code. They may not be up to code if a builder installed them who didn’t know better. But why does size matter? Because it’s going to affect how the shower drains. If your drain is too small for your shower, you could end up flooding the shower pan and causing water damage. Even if you haven’t encountered this issue yet, it’s one that you’ll want to address before it becomes a problem in the future.

Corroded Pipes Leaking Behind Your Drywall

Unless you have x-ray vision, it’s tough to know what’s going on with your pipes. Unfortunately, pipes don’t last forever. Pipes can corrode over time, especially if the plumbing system hasn’t been properly maintained. Corroded pipes can become weak and allow leaks to start. Because these pipes run through your walls and all over your home, a leak can cause a lot of damage. If you live in an older home, it’s a good idea to have your pipes inspected to determine if they need replacing. New homes aren’t immune, though, either. Poor quality pipes can spring leaks even when they are new, so it’s a good idea to keep an eye out.

Worried About What’s Happening Behind the Scenes in Your Shower?

If you suspect that problems are happening behind the scenes of your shower, you need to contact our team right away. The sooner we can diagnose the issue, the less water damage is likely to happen. We will help you diagnose the issues happening with your plumbing system and get them fixed. We can help address minor leaks or major plumbing renovations throughout your home. 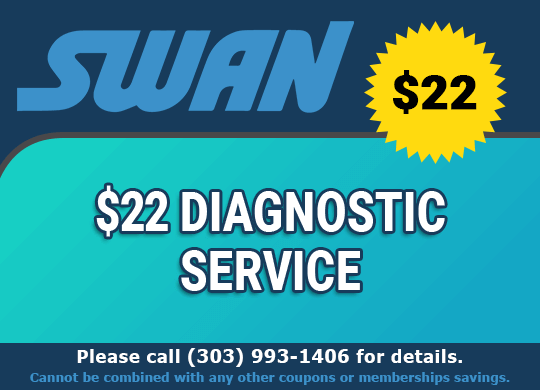 I would recommend this company to anyone looking to get any plumbing work done!

When we are ready for upgrades and additional services, Swan will be our first (and only) call.

Both my wife and I were very happy and satisfied.

They were very informative, kind, respectful and professional.

The guys were true pros and got the job done quickly.

I will never use another company for my plumbing and heating needs.

He not only was prompt and polite but, more importantly, he really knew what he was doing.